On everyone's lips, even behind our masks, the word "crisis" is being conjured up again and again. Whether it be the health crisis, the environmental crisis, the economic crisis, the crisis of civilizations... it's like a relay stick being passed around, in the midst of an athletics race that would be called "The World After". The crisis, that fuzzy notion repeated over and over again, encompasses everything and prevents us from looking further. Of a much more daring nature, the sensitive carves its way through the apocalypse. It questions our ways of living and creates alternatives.

For this ninth edition of Lettres d'Europe et d'Ailleurs, we have chosen to put in the limelight inventive foreign voices which explore the sensitive world and intersect fiction, short stories, essays, autobiography and other hybrid forms. Shifting the lines of the present, not hesitating to bypass clichés and attack norms, here is a form of literature that is not about to lose its breath !

Get ready to run on the track of Lettres d’Europe et d’Ailleurs 2021.

An explosive world to be deciphered. How can the violence between social classes and individuals be described ? From the 21st century to 19th, from the suburbs of London to the Philippines, we will look at the present, go back in time and explore the territorial issues that lead to revolts and revolution. 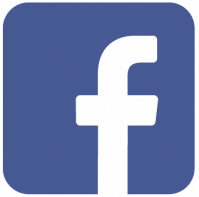 What does literature say about grief, racism, bipolarity ? These extreme experiences would be trapped unless we face up to the authenticity they imply in wiriting. Memory, the passage of time, palimpsest, the fragile boundary between fiction and autobiography: we will address the inner experience and its multifaceted transcriptions.

What are the links between literature and politics in a world to be rebuilt ? What is the role of fiction ? How can one ever resist barbarism in the age of technology ? Through literature ? From besieged Zagreb to post-Salazar Portugal, double culture, languages, melancholy and a cleverly grating humor will be dealt with in a conversation about the experience of exile.

What is a woman’s body and how can desire be experienced ? How does solidarity between women converge to counter the violence they endure ? What is the place for a female subjectivity far from the so-called female writing, that is as fuzzy as it is categorizing ? So many questions and as many audacious, disturbing and free proposals. Feminists of all countries, wake up and sing out with joy: don’t liberate me, I’ll take care of it !

We will talk about the different ways of understanding Lebanon and Greece today. Through investigation and memory. From Beirut to Athens and Heraklion, contemporary reality takes singular, nocturnal turns, much more complex than a state of affairs where violence, corruption and the debt crisis are intertwined. Through fiction, we discover individuals who try to free themselves from their countries. But when the unspoken things surface, things get tougher.